The full-virtual social interaction without humans and the 3D Internet social experience based on human-computer interaction is the “another future” of the social platform in the eyes of “Show Ball”. After the iteration of the new version, “Show Ball” is a social platform based on 3D and AR virtual characters: users show and introduce themselves on the platform through avatars, and there is no longer an actual personal image on the platform. In real-time video, people conduct social activities through real-time 3D images supported by human-computer interaction, and build their own online small world in the simulated life scene.

Yang Xuyu, founder and CEO of Show Ball, said that unlike ordinary social network platforms, Show Ball focuses on “virtual social” and goes a step further in “stranger social” with the goal of releasing users’ “another side of themselves” in a fully virtual setting.

The concept of “stranger social” proposed by social platforms generally lacks innovation in content output and interactive methods. The traditional social forms of speech and text can no longer meet the social needs of younger user groups, who are more eager to express themselves, pouring out the emotions of nowhere to rest in reality.

After a long-term user survey of more than 30% of the post-95s user group and 40% of the post-00s user group, “Show Ball” finally determined the commercial positioning of video socialization using 3D virtual images.

Through AR and 3D images, “Show Ball” helps users to form a new virtual social identity on the platform and establish a social relationship circle; through the multi-dimensional algorithm to distribute and match new social partners, users can perform diverse social activities in virtual scenarios : Watch movies with a friend, make a cafe, play games …

Through avatar images, “Show Ball” attracts users in the Z-era to create “newcomers” to express themselves; through the expansion of social circles and speed dating functions, “Show Ball” encourages users to retain on the platform and conduct various social activities. According to Yang Xuyu, the founder and CEO of”Show Ball”, this approach fully meets the social needs of younger users. 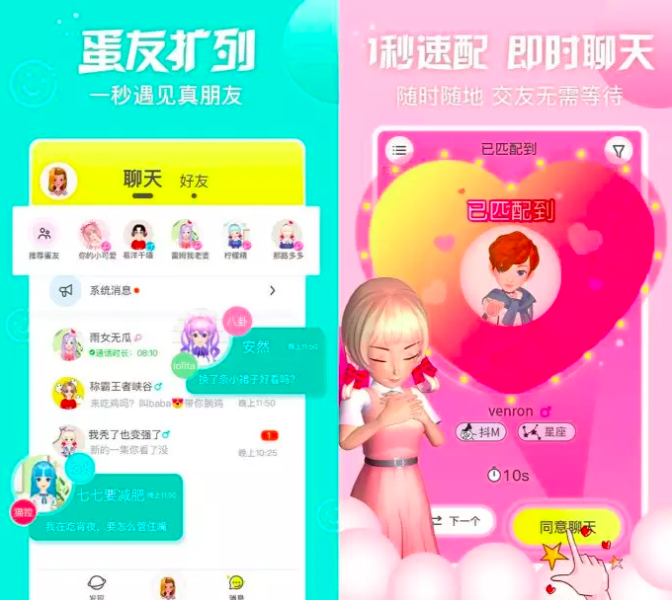 According to the data provided by “Show Ball”, after the new version is launched, the number of registered users of the”Show Ball” app exceeds nearly 10 million, and the next day retention rate exceeds 50%. The user on average opens the app more than 6 times a day, and the duration of the app on a single day exceeds 25 minutes.

The team of “Show Ball” comes from the founding team of the Multi-Shot Video, and has continuously started a business in the social video field. The team members come from Tianya, Tencent, Xunlei and other project development and operation teams.