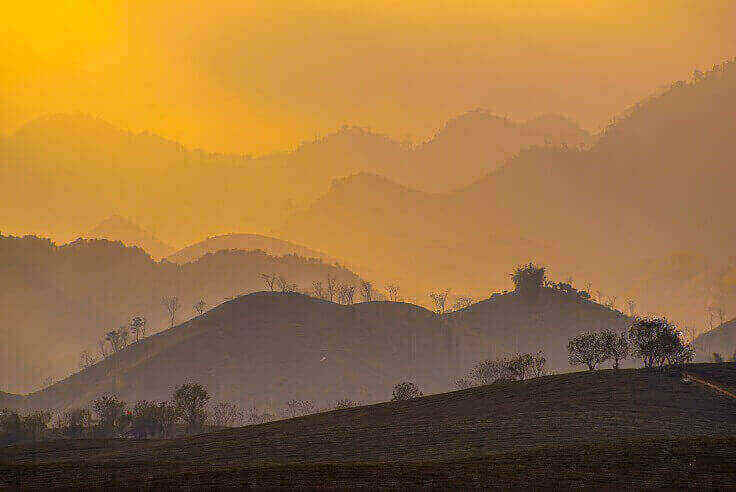 Introduction: In the past decade, the traffic fatalities have been remaining high in China. More than 80% of the traffic accidents are caused by wrong driving decisions latent with various safety threats, such as driving under the influence, road rage, and rear-end collision. No matter for the drivers who have just obtained driving licenses or for the veteran drivers with over ten years of driving experience, there is no 100 percent guarantee in safe driving. With the surging demand on driving safety at home and abroad, Advanced Driver Assistance Systems (ADAS) has become a focus of contest among various companies. However, mature ADAS technology is hard to attain. Mobileye is the global leader in ADAS. In China, AIDDRIVING takes the preemptive opportunities in developing ADAS. Currently, the company is outshining others on China’s market with its relatively high product price performance ratio and advantages in the Internet.

No Giant from China on Billions of Dollars Market

As to the market valuation of the demand on “automobile active safety”, the co-founder and COO of AIDDRIVING Yixin Xu gives a group of global data: In 2011, according to the report of the world’s authoritative industry research company ABI Research, driven by the demand of the government and consumers on auto safety, ADAS auto active safety market has witnessed remarkable growth, and the overall market size will grow from USD22B (2012) to USD460B (2020). Currently, no China’s company has carved out a presence on this USD400B market. In recent years, AIDDRIVING has been engaged in the research on ADAS and has seized a foothold for victory on the basis of its technological advantage in the past years.

According to Yixin Xu, “Only a few China’s companies engage in the development of auto active safety and ADAS. Even the major auto manufacturers, including Volkswagen, do not engage in the development in this field. The related products are all imported with the cars (such as BMW 7 Series’ night vision feature and Volvo’s visual ADAS). Generally speaking, there are no separate accessory and module to be sold in China. Currently, the globally recognized leader of the technology is an Israeli company Mobileye, but the unit price of its product is close to RMB10,000, which is too high for China’s consumers.”

Dedicated to Delving into Technology and Taking Preemptive Opportunities

In the field of ADAS, technology capacity is the sole focus of competition. As early as 2010, the founder team of AIDDRIVING consisting of Xiaoguang Zhang and Yixin Xu began to be committed to studying ADAS technology. “Our team was founded in 2010, and our money was almost spent three years later. It happened that President Xu and I participated in an Android Competition at the time. We designed a mobile APP, and won an award. Investment for us came in, so we registered a company. We also got investment from N5Capital,” remembered Xiaoguang Zhang. “Within three years, we did data collection and testing, repeatedly updated the algorithm, conducted inspection, and developed mold for the hardware…AIDDRIVING came into being bit by bit. After three years of development, we have obtained unprecedented expertise, and have developed ADAS with independent intellectual property right, including active collision-prevention warning, pedestrian recognition, and night vision aid augmentation system, which are based on the integration of the information from multiple sensors. Currently, the lane departure warning system is one of the central features of ADAS. 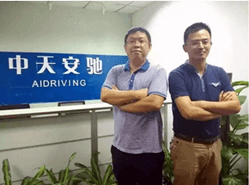 According to the statistics of US National Highway Traffic Safety Administration, in all known US traffic accidents, 44% are related to lane departure, which is meanwhile regarded as a major cause for vehicle rollover accidents. According to the analysis findings of AssiWare, 23% of the drivers fall into asleep on the wheel at least once in one month; 66% truck drivers have dozed off in the process of driving; 28% of the truck drivers have the experience of sleeping at least once on the wheel in a month; and one in four drivers have experienced fatal accidents caused by lane departure. The lane departure warning system of AIDDRIVING utilizes a surveillance camera installed on the windscreen to detect the lane markings, as well as measure and monitor the distance between the car and the road curb. The system’s lane departure warning module forecasts the time for the vehicle to traverse road markings by detecting road curb and calculating the location of the vehicle relative to the lane and lateral movement of the vehicle. When the time is lower than the set value, the system will trigger visual warning and sound warning so that the driver can make proper response according to different dangerous situation, hereby reducing the occurrence of accidents.