Discover The Secrets of the 8 Year Cycle Theory in Investment 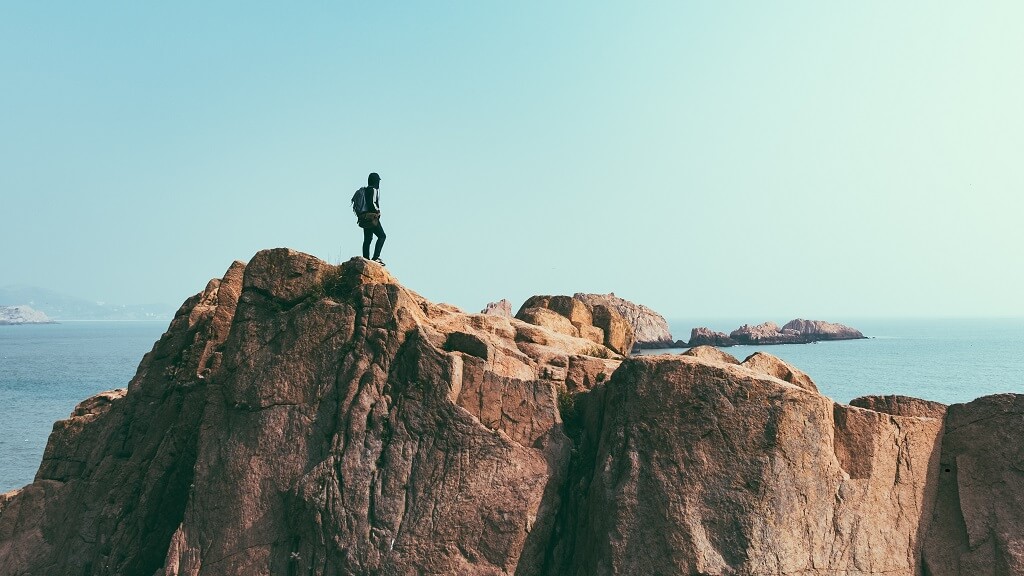 N5Capital is a VC firm that invests in early-stage projects. It’s hidden in a low-profile way in the depth of an alley beside the East Second Ring of Beijing where each inch of land is worth an ounce of gold. The low profile posture of N5Capital does not simply manifest in the “seclusion” of its geological location. As an investment institution with remarkable achievements, the company and its investees seldom appear in the spotlight.

As to this, N5Capital Founding Partner Will Jiang said, “I don’t hope it (the investee)’s detected by too many radars and don’t want it to be known by too many people in the market. Early-stage enterprises should devote more energy to polishing the businesses.”

Another reason that N5Capital is considered low-keyed is that this institution never follows suit and blindly pursues market hotspots. It’s a maverick that follows its own investment pace and diversified strategies. “When O2O was popular, we did not invest in it. We did not either when B2B and P2P were a craze,” said Will Jiang while bending his fingers.

Disciplined investment aims not to lose a comparative advantage

The characteristics and style of the fund are usually closely related to the experience of its founders. The thoughts of the founders are largely manifested in the operation style of the fund. Will Jiang was responsible for the strategy development, investment and M&A businesses of a well-known listed mobile Internet company in China before founding N5Capital. Before this, he was in charge of business development, strategy and operation work at several large-scale transnational sci-tech companies and engaged in a hedge fund in the US second-tier market. The partner of Will Jiang Weiguo Zhao was once a partner of Lianchuang Ceyuan with 17 years of experience in the industries of VC/PE. He has been specializing in the

The partner of Will Jiang Weiguo Zhao was once a partner of Lianchuang Ceyuan with 17 years of experience in the industries of VC/PE. He has been specializing in Internet and the high-tech field investments and has invested in UC, Never Quit, 6.cn and other enterprises. “President Zhao and I have been striving in the industry for many years.”

Based on the experience of Jiang and Zhao, in order to achieve highest ROI under the existing size of the fund, N5Capital tries to be a lead investor or independent investor in each project, with its investment accounting for 20% of the total investment, and obtain the seats in the Board of the investees.

Will Jiang emphasizes that disciplined investment is “indispensable”. “Because once you lose discipline, you will exit your familiar track and get onto an unfamiliar track to do some hotspot projects. However, this will undoubtedly cause the loss of your comparative advantage. When you’re on a new track, you can hardly compete with the large fund in manpower, project and coverage, so you will be left behind. ”

After personally experiencing two economic crises and one mobile Internet bubble, Will Jiang has become extremely familiar with the allurement of hotspots and the difficulty of adherence. The past experience has enabled N5Capital to remain cool-headed and excise independent judgment when the market is too hot, hereby avoiding drifting with the current.

The Art of VC Investment

When the investment field and discipline are determined, the timing of the entry into the subject matter should be decided according to theories and experience. In the field of early-stage investment, Will Jiang has developed a distinctive entry and exit strategy based on his experience, that is, “Hype Cycle”. The following diagram portrays the bubble cycle of the specific subject matter.

This diagram has drawn on the Hype Cycle curve of Gartner, but the meanings presented and the introduced variables are quite different. The expectation value on the vertical axis refers to the confidence index of the investor of a certain subject matter. With the pass of time, its trajectory of movement is roughly shown by the curve in the diagram. It takes about 8 years for the specific subject matter to develop from the conceptual period to the maturation period.

Why is it 8 years? In terms of development process, the average life of the SMEs lasts about 3-5 years. In the United States, which has tremendous impact on global economy, 8 years is a cycle of rotation of power between the Democratic Party and Republican Party. In China, the leadership is changed every 10 years. These non-market factors that impacts the direction of economy exert indirect impact on national economy through different media.

The introduction of four major factors into interpretation of expectation is based on an experience of Will Jiang on the second-tier market. At the time, one senior Canadian option trader told him that 95% of the success on the second-tier market relies on psychology and 5% relies on luck. The 95% psychology reflects in the mismatch of supply and demand as well as the mismatch of avarice and fear. This is expectation.

On the other hand, investment amount, financing need, avarice and fear correspond with the cycle of development and represent “VC responses” of different subject matter in different development stages. In other words, with the pass of the time, the specific investment subject matters are also changing, and the four variables change correspondingly. 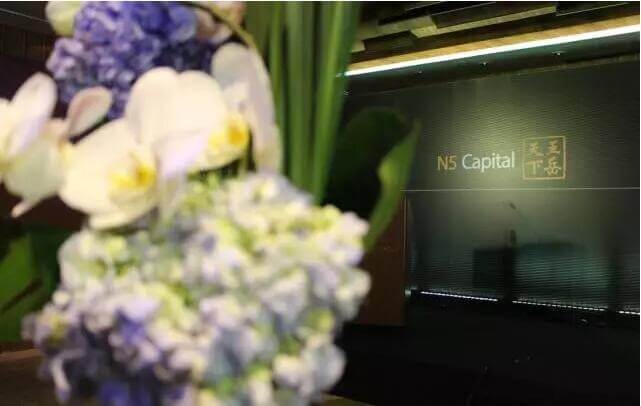 The bubble cycle diagram will change slightly almost in each quarter, because each dot on it will move along the curve with the change of expectation value and time. The dots of the new and old subject matters will continuously appear or disappear. “I will often update this diagram and constantly observe the changes in the industry, especially the associated changes in many segment fields and the fields that we pay attention to. I will pay special attention to and invest in my sweet areas.” The valley period of the bubble is the sweet area that Will Jiang mentions. However, N5Capital will also invest in enterprises in the conceptual period.

But just do things that you should do and do not care about their results.

Besides the above newly invested projects, N5Capital has invested in nearly 50 enterprises so far and has been focusing on the reconstruction and innovation based on Internet technology and its applications. Big data has been a focus of N5Capital’s investment. In this field, N5Capital has invested in TalkingData, WIFIPIX, Che300, MetroData Tech, Microsslink and many other companies, covering data access, analysis and interpretations and their application in the industry. N5Capital is consistently convinced that against the backdrop of mobile Internet, big data will become an engine that drives the upgrade and transformation of all the industries and sectors.

The never-changing original intention of N5Capital is to verify the investment in early-stage enterprises. From the standpoint of Will Jiang, the investment aims to verify rather than to drive growth. Early-stage projects are different from the projects during the growth period. The former requires the trial and error of business model, team, products and direction by the fund. “So the amount of investment has nothing to do with valuation, but it’s closely related to the verification cost. Therefore, we do not care about the round of the project. Five or six rounds are enough. The size of our fund is large enough to give us more trial opportunities and greater competitiveness.”

What is the size of N5Capital? It manages two phases of funds. Phase one RMB fund has completed investment and entered the phase of exit. Phase two series funds include one RMB fund, one USD fund and a big data special fund jointly established with TalkingData. The size of the fund totals RMB3B. Meanwhile, N5Capital has participated in three angel funds in Beijing and Shenzhen. The average cycle of each fund is between 10 and 12 years, which covers the development cycle of the enterprise ranging from conceptualization to maturation. “Our investment capacity ranks high among the early-stage funds. N5Capital has become a prominent force in the market.”

It’s reported that N5Capital has exited from three projects so far since the founding of its phase one fund in 2013, and the average ROI is between 5 and 6 times.

VC Should Be The Business of a Lifetime

In terms of historical performance, the years 2010, 2011 and 2012 were the best period for VC industry in the eyes of Will Jiang. In the next three years the market was stagnant. In 2016, the industry recovered, and in 2017, some “national teams” entered and would acquire some companies. Therefore, the industry becomes hot. “In the next year, another wave of heat may come and the bubble may grow again.”

Currently, the VC community is not sufficiently mature, in which enthusiasm and coldness alternate. In 2014, the expectation surged, and in this year, the investors will not invest without seeing prospect of profit. The industry tends to go from one extremity to the other extremity. In the eyes of Will Jiang, it does not make sense to judge a profitable enterprise though VC valuation. “You should use the method of PE valuation.”

“But VC is a lifetime business. You must engage in it in spite of bear market or bull market.” True, the cycle of fund usually lasts for 5-10 years, because it has little to do with the bull market or bear market. It’s a long-term business. What is its difference from stock speculation if a fund enters in this round and exits in the next round?

In the future, N5Capital will continue to do disciplined investment, seeks value at both sides in its own segment fields, delve into the details of the specific subject matter and the associated industry chain, and pick the best investment opportunities.

“Failure is inevitable, while success is accidental. I do not believe in the 90% success rate,” said Will Jiang in the end.