On April 12-14, the 11th China Investment Annual Summit hosted by CVINFO and co-organized by Chinaventure.cn was successfully held in Shanghai. Over 100 PE firms from home and abroad gathered at the conference, and discussed the future development of the PE industry. The conference also released the rankings of 2016 in the fields of VC and PE as well as the rankings in the industries of big data/enterprise services and technology finance. 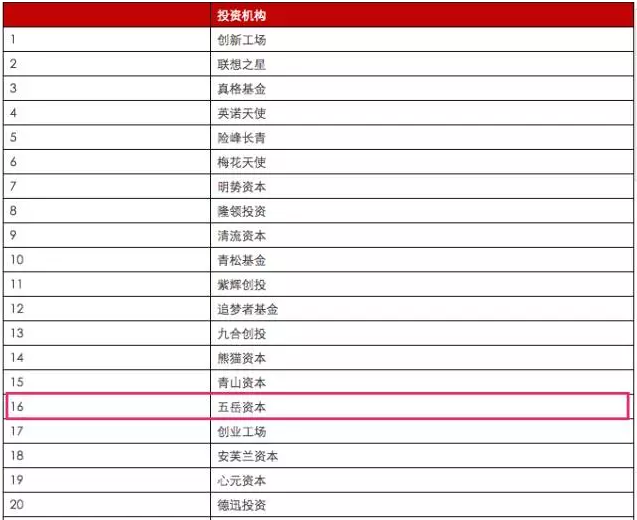 The ChinaVenture’s ranking lists are impartially determined according to the data on the performance of the investment institutions in terms of fundraising, investment, management and exit in the year of 2016. Before this, N5Capital had won several honorary titles from the industry, including Zero2IPO “China’s Top 100 VC Firms of the Year 2016”, Chinese Venture “2016 China’s Top 50 VC Firms”, and “2016 Ether Top 10 Outstanding Investment Institutions”.
As a fund of only three years old, we feel proud and happy that N5Capital can be rated as China’s top 20 early-stage VC firms and top 10 big data industry investment institutions. In 2013, Will Jiang and Weiguo Zhao, with years of experience in the field of investment, jointly founded N5Capital. As veteran investors, they possess rich experience in investment and the ability of predicting economic cycles. In the eyes of Will Jiang, all the investment behaviors depend on the judgment on market cycles. During the period of a rising market, the company rapidly captures one city after another; when the market is heated, the company remains composed. And during the period of bubble and low ebb, the company is selective in investment, hereby developing a featured strategy of “counter-cyclical investment”.During the three years since its founding, N5Capital has raised a total of RMB 3B through two phases of RMB and one phase of USD. The size of the fund ranks top among the early-stage funds. Such size advantage has given N5Capital more opportunities for position in the market and enabled it to invest in quality projects. “Now we have sufficient ammunitions. The top priority for 2016 is to maintain the original intention and to find quality projects,” said N5Capital partner Mr. Will Jiang.The rapid growth of N5Capital is closely related to its excellent investment portfolio. As a young fund, N5Capital has been focusing its attention on the innovative changes brought about by mobile Internet, which plays an indispensable role in industrial upgrade of the Internet as well as consumption upgrade. Big data is a focus of the layout of N5Capital. In this field, N5Capital has invested in TalkingData, WifiPix, Che300, MetroData, Microsslink, 5lai Health Care, and other companies, and the investment involves data access, analysis, interpretation, and application in the industries. In this age of mobile Internet, big data will become a driver of the efficiency of the overall industry and revolutionary changes.

Meanwhile, cultural entertainment and new consumption are fields that have attracted the attention of N5Capital in the past years. The company has invested in Viva Video, Mocha, Ofashion, Fast4ward, Spice Spirit, CYzone and other excellent projects.

For a fund that has been engaged in long-term value investment, the future road is still very long. N5Capital will make persistent efforts and join hands with more outstanding entrepreneurs. Let’s stand together through thick and thin, and forge ahead relentlessly.